On behalf of Town Council and staff, Mayor Caseley expresses sincere condolences at the passing of Gerald A. McCarville, former Mayor of the Town of Kensington. Gerald served as a Councillor from February 1973 – 1975 and was the Town’s longest serving Mayor holding office from February 1975 – December 1993 and November 1997 – December 2003.

Flags at the Town Hall were lowered to half-mast on Wednesday, January 29, 2020 as a sign of our respect and condolence. 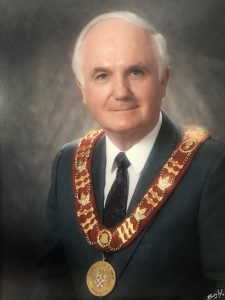